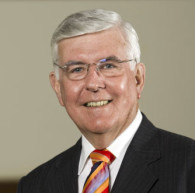 Daryl Hanly completed fifty years as a teacher in 2014. As an employee of Education Queensland for thirty seven years, Daryl served sixteen years as a principal of secondary schools. He then was the inaugural Director of the Education Department’s Centre for Leadership Excellence for five years. For two years Daryl was Director of Education Queensland International, which experience exposed him to international contexts and a variety of leadership models. For the final thirteen years, Daryl was the first lay principal of St Joseph’s Nudgee College Brisbane, a year 5-12 Catholic Boarding School for boys.

During his career, Daryl held a number of key Executive positions at the State and National levels, including National Chair of the Catholic Secondary Principals Association, Chair of the Principal Australia Council and a Director of the Principals Australia Institute. Daryl currently chairs both the Stuartholme School Board, and the St Leo’s College Council, and is a Member of Mercy Partners Council. 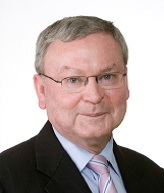 Peter attended Gregory Terrace followed by the University of Queensland where he graduated in Commerce. He began work in the New Legislation Division of the National Office Australian Tax Office in Canberra for seven years, during which time he obtained a Law degree from Macquarie University.

After resigning from the ATO, he returned to Brisbane and joined the International Accounting firm Deloitte Touche Tohmatsu where he completed his Professional Year studies to enable him to be admitted to the Institute of Chartered Accountants. He remained with Deloitte for over 20 years, becoming a partner for most of that time. His clients included large multi-national companies such as Mitsui, Itochu, Sumitomo, Mack Trucks, Dominion Energy as well as local companies such as Queensland Television and Allgas Energy.

After retiring from Deloitte, Peter became a Director of a number of public listed and unlisted companies and continues to retain some of those directorships. He has also been involved in a number of not for profit organisations such as being a Committeeman (and then President) of Tattersalls Club. Currently, he is the Chairman of Sunnybank Rugby Club (one of the largest electronic gaming machine Clubs in Queensland) and Deputy Chairman of Centacare, an agency of the Archdiocese of Brisbane. 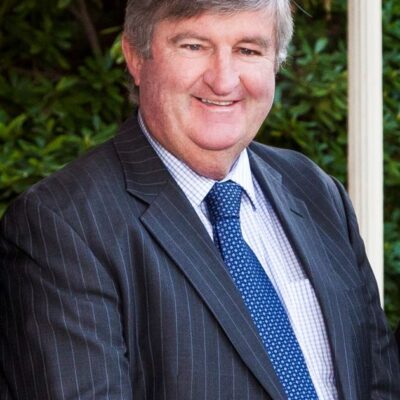 Geoff is the National Director – Stewardship and Resourcing for Edmund Rice Education Australia (EREA) and has held this position since the commencement of EREA in October 2007. He was educated at St Joseph’s College Gregory Terrace Brisbane and the University of Queensland.

Geoff is a member of the executive of EREA and has financial responsibility for the civil entity which owns and governs fifty three registered schools spread across Australia. The schools were previously under the ownership and governance of the Christian Brothers. The schools in total educate over thirty six thousand students and employ over four thousand staff. The school network includes thirty four mainstream educational facilities together with nineteen registered Flexible Learning Centres.

Geoff spent twenty years working in the Chartered Accounting environment prior to becoming General Manager for the Christian Brothers in Queensland with responsibility for activities in the Northern Territory and East Timor.

Geoff has played a key role in the establishment of EREA as a civil and canonical entity. He has also been instrumental in the development of the financial, accounting and risk framework adopted by EREA to ensure accountability to stakeholders. The role of Stewardship and Resources is not only responsible for the financial accountability of EREA but also compliance reporting to a number of government agencies.

Geoff is married to Anne and they have two grown up children and five grandchildren. Other than family and work his spare time is spent enjoying golf and Rugby Union. 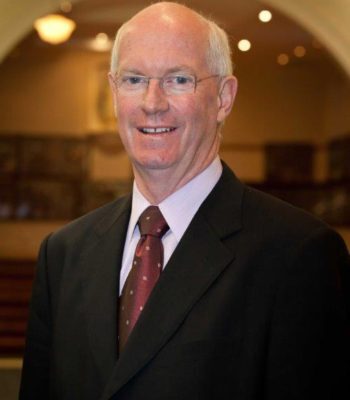 Peter is currently Director Regional Support – Northern at Edmund Rice Education Australia in Brisbane taking up this position at the start of 2015. Prior to this he was Principal at St Joseph’s College Gregory Terrace for 11 years and St Patrick’s College, Shorncliffe for 2½ years. Before becoming a College Principal Peter held the roles of College Dean and Assistant Principal Religious Education (APRE) at St Joseph’s College, Gregory Terrace. Peter has also taught in Marist Brothers Schools.
Peter is a member of the Edmund Rice Education Australia (EREA) Leadership Team based in Melbourne.

In 2010 Peter received a Fellowship from the Australian College of Education for meritorious and sustained executive leadership in Catholic schools including excellence in administrative systems, innovative practices in boys’ education and community engagement.

Jacqueline has over 25 years experience working in the financial services sector both within Australian and the United States. She has worked primarily with large institutional companies across a broad range of industries managing and growing significant business relationships. Most of her career has been with ANZ working across Private Bank, Business, Corporate with her most recent role was as Executive Director in Institutional Banking. While in the United States, she worked with US Bank, Wells Fargo and John Hancock from 2000 to early 2008 before returning to Australia and leading the advisory team at Queensland Treasury Corporation and returning to ANZ in 2009. Jacqueline has experience in managing stakeholders and business partnerships at the C-Suite and board level, as well as experience in mergers and acquisitions, leading and managing business through change, organisational restructuring, product management, risk management and leading teams of people.

In the United States, she was an ambassador for the United Way Charitable Organisation at Wells Fargo, which catered to a large number of charities in the United States.  She was also a board director on the Prince Charles Hospital Foundation for ten years to 2018 (in addition to being a member of the Finance and Audit Risk Committee at that Foundation).

Jacqueline holds a Bachelor Degree in Accounting, Masters of Business Administration and Diploma in Financial Services. She is a graduate of the Australian Institute of Company Directors. 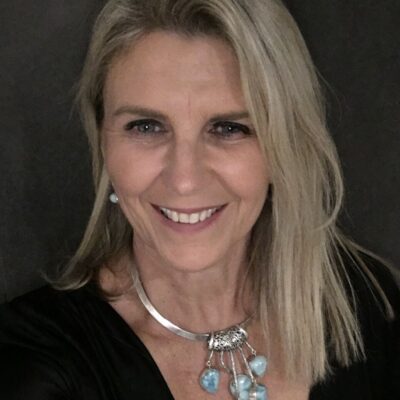 Michelle Kinnane has worked with young people for over 20 years with Edmund Rice Education Australia (EREA).  In her current role, as Education Officer – Flexible Learning with EREA, Michelle works with 6 Principals and our 22 schools across Australia called Flexible Schools Networks.  Edmund Rice Education Australia Flexible Learning Centres support disenfranchised young people to re-engage in education. Each Flexi School uses a process called “Operation by Principles” and is the practice is underpinned by a Trauma Informed Approach, empowering young people’s voice and agency. 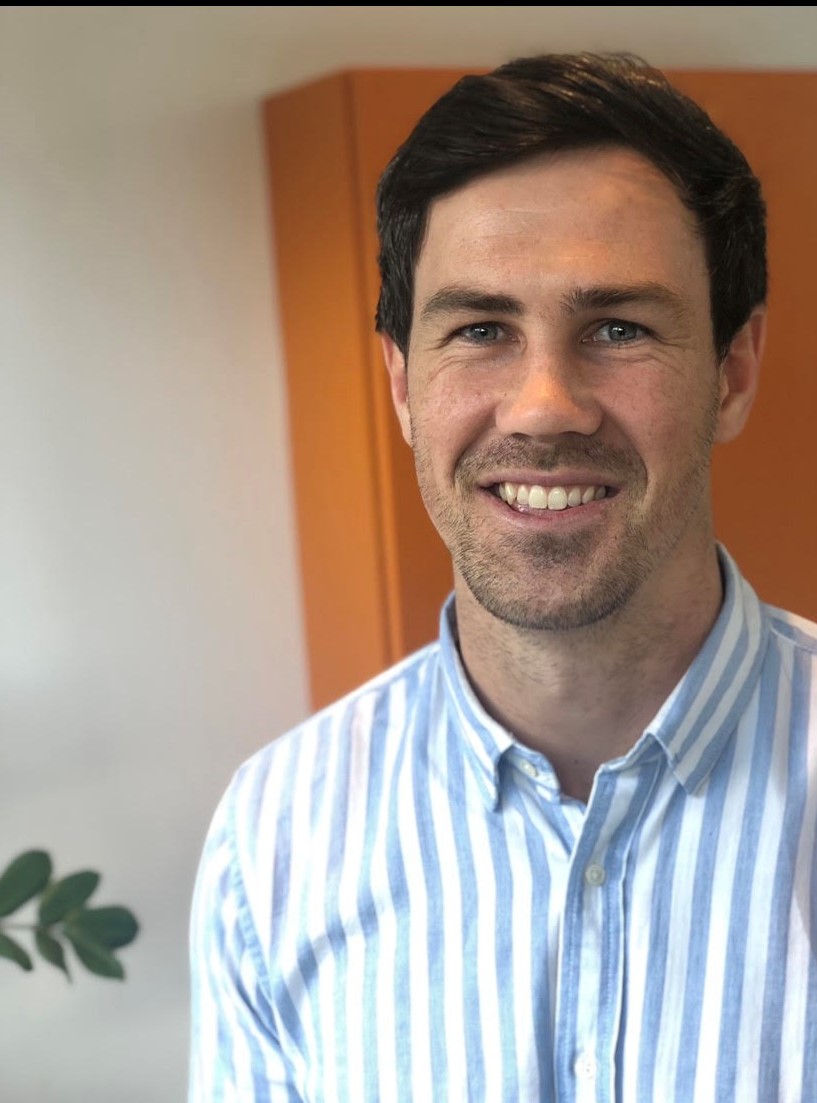 Scott Gale is currently employed as Indigenous & Islander Education Officer at St Joseph’s Nudgee College Boondall, an Edmund Rice Education Australia school. Within this role, Scott works with 40-50 Aboriginal & Torres Strait Islander students from across Australia, assisting in the pastoral care, mentoring, academics and overall progression of students to graduation and beyond. Increasing the level of opportunity and support available to these students is something he is extremely passionate about. Whilst in this role, Scott also assists in the Rugby Program at the college as a coach consultant, managing and training a number of coaches within the program. Prior to Nudgee College, Scott spent 6 years as a professional rugby union player & coach within various professional programs across Australia, Japan and the USA. 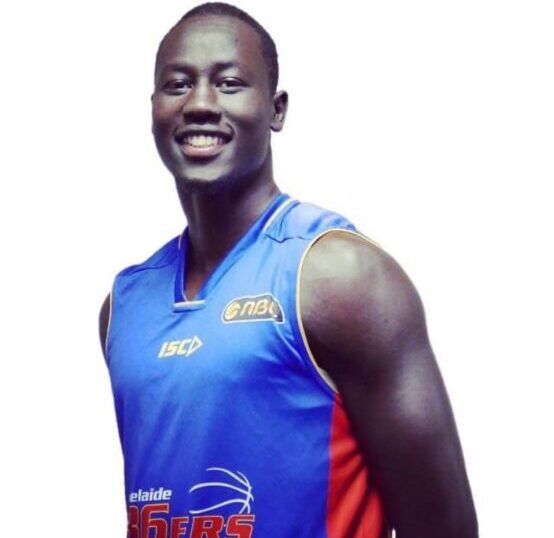 Atem Atem is currently employed as cultural & wellbeing development officer at St James College, Spring hill, an Edmund Rice Education Australia school. Atem Atem is a past student at st James college. Atem role is to works with 150-170 African students in school and their wellbeing. Atem is running a diversionary program about 10 students who is at high risk in school and outside school with society law. Mentoring, academics and been on time to school and overall progression of students to graduation and beyond. Whilst in this role, Atem also assists in the Basketball Program at the college as a coach. Prior to St James college Atem attended Northern Oklahoma college (USA) in 2012.